It was now obvious that there was nowhere on the property which could handle a septic system without major modifications. So, working with our engineer, excavator and the Dutchess County Health Department we came up with a plan to dig out the poorly draining rock and clay and replace it with well draining gravel. This paragraph doesn’t really detail the immensity of the job. 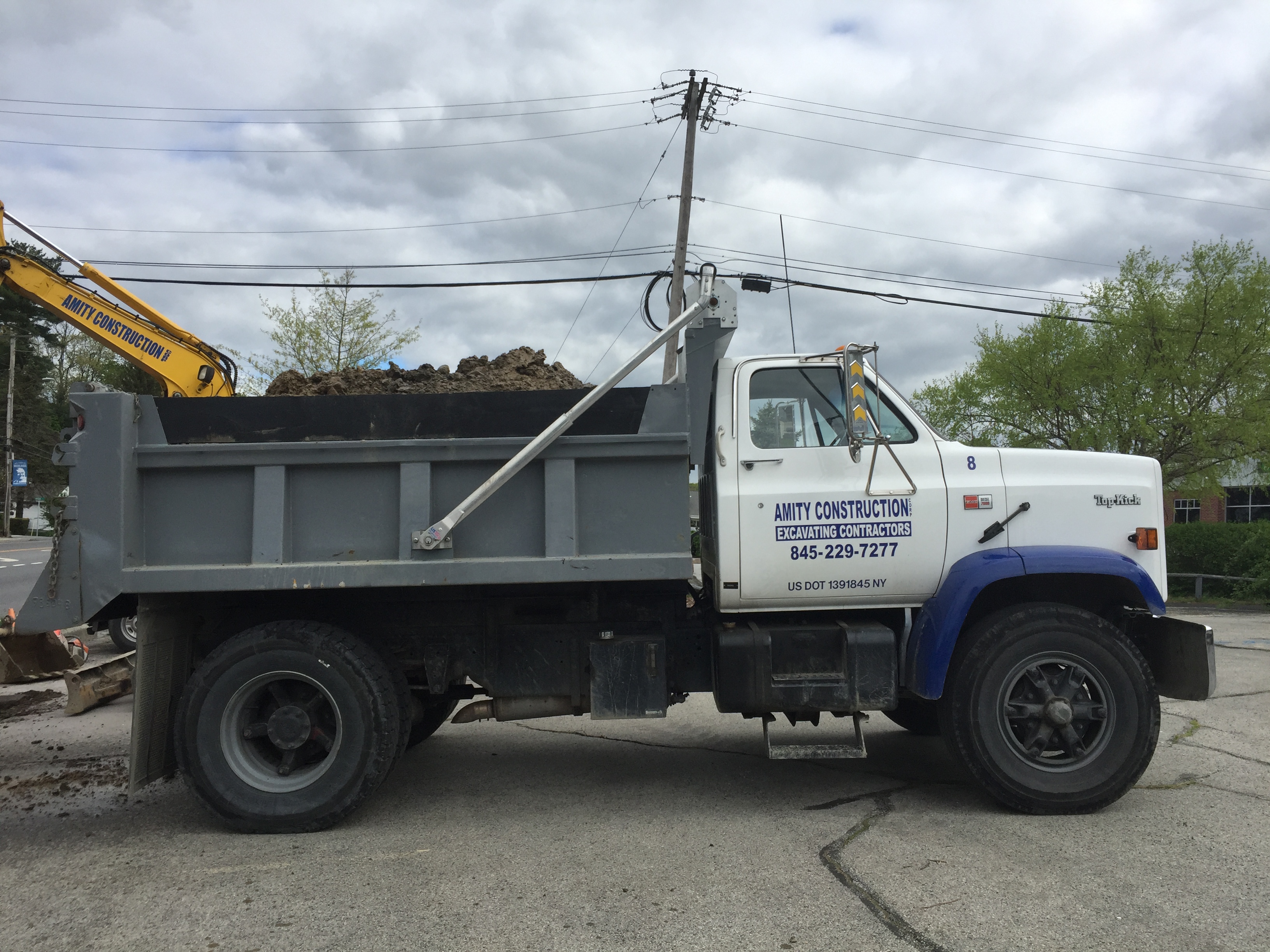 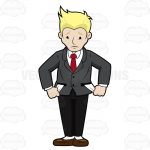 loads to move out the rock and clay and 50 truckloads to bring in the gravel. Furthermore each truckload carries 40 tons of gravel meaning we moved 40 tons x 84 loads=3360 tons of material.

Luckily I didn’t have to do the math….I just had to pay for it!

Well I wanted this project to go through and I wasn’t going to let some silly glaciers and old seabeds stop me.

`So dig and fill we did. See below how we dug out all the rock and clay and replaced all that impervious material with tons and tons of gravel. 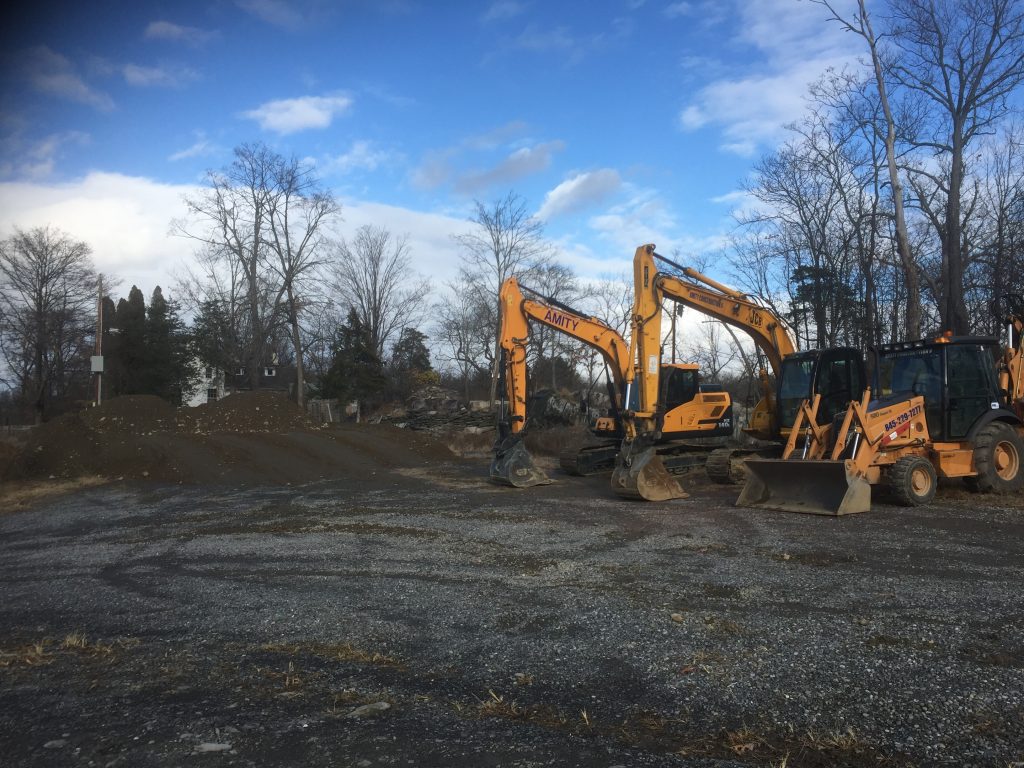 Backhoes all ready to break ground 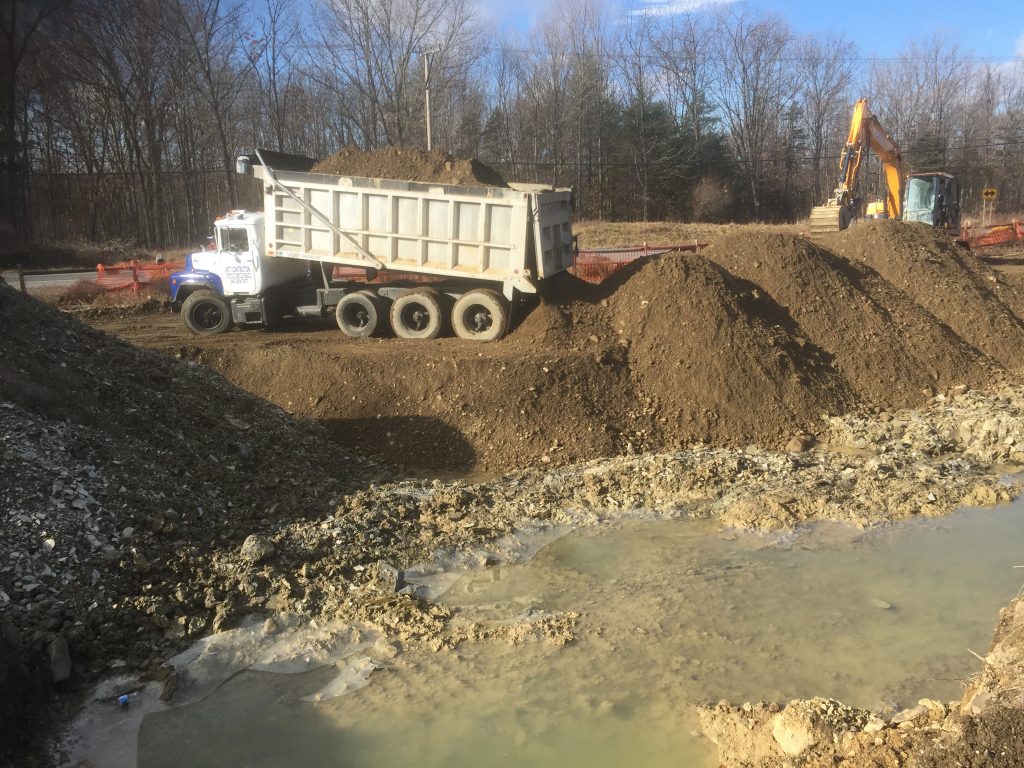 Filling in the Big Dig

After filling this all in we had to let it sit and wait a few months for everything to settle in.   Finally in early April after all of March’s snow had melted and the ground had dried we tested the system. Happly it performed as designed; the system performed perfectly. We passed both the deep and perc test and so had all the right ingredients to begin our project. Once we had that approval from the health department we could move on.

At the same time we had raised the ground level by 2 feet. We’d need to contain that extra soil so it wouldn’t end up eroding onto route 9. So a retaining wall was built to hold the soil in place. 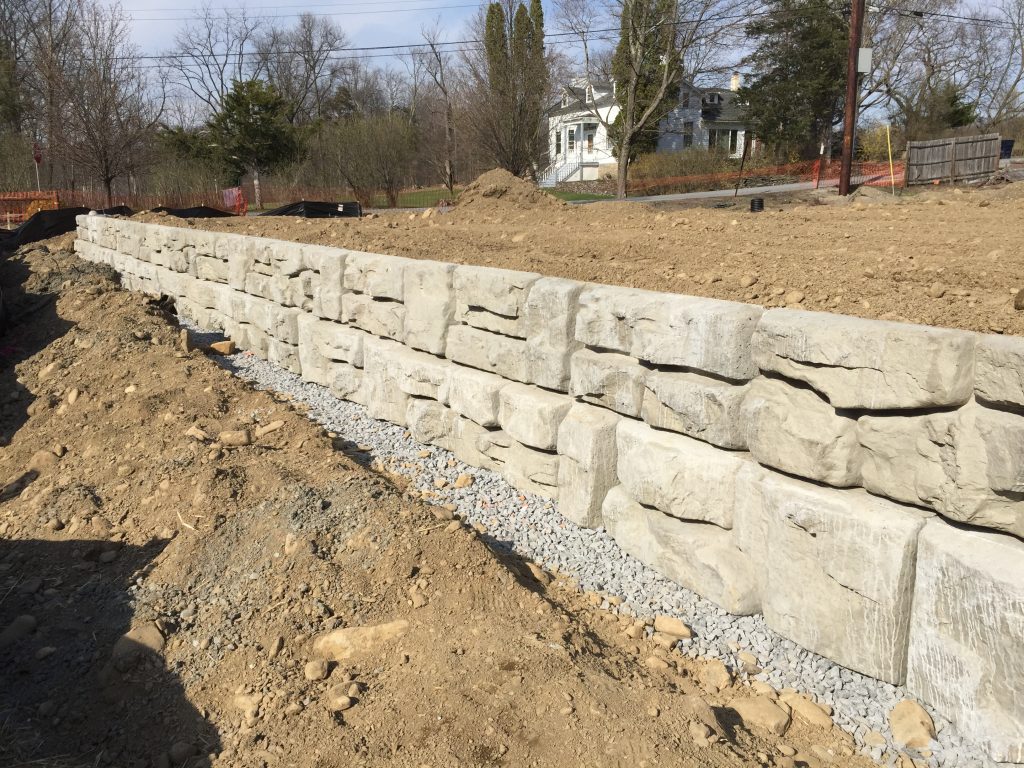 Some Thoughts on the Big Dig

As you could imagine this was not a cheap undertaking. Who would have thought that the septic system would cost so much. I probably could have bought a CATscan machine for what I paid for the septic. So you might ask am I angry that I had to fork over all of that money just because of “government regulations?”  What were all those silly regulations for in the first place?

Our Once Beautiful River

In the 1960’s and 1970’s unregulated dumping of liquid wastes, solid wastes, fertilizer and industrial chemicals had turned Henry Hudson’s beautiful river into a cesspool. Few people wanted to boat on the river let alone eat the fish or swim there. We had just turned our backs on the once vibrant Hudson. And disrespected the tremendous asset at our doorstep that helped create the prosperity of our valley.  This is what our river looked like: 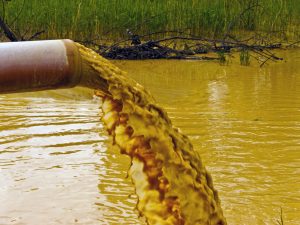 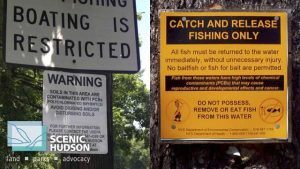 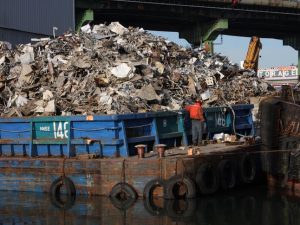 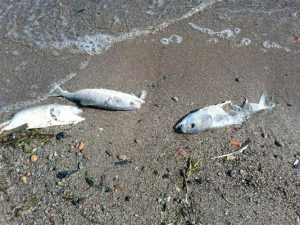 The River is Reborn

During the 60’s citizens learned how to organize and protest. First they marched for civil rights, then later against the war in Vietnam. So when Con Edison proposed putting a power generating plant on Storm King Mountain residents who had watched their river deteriorate over the decades said “enough is enough” and organized to fight.  A coalition formed composed of fishermen, boaters, outdoorsmen (soon to be called environmentalists) which led to the creation of Scenic Hudson and other environmental groups (Riverkeeper, Clearwater, etc). At the same time a national movement had started because as Time magazine reported, “The Cuyahoga River burst into flames, while the Potomac stunk from the hundreds of millions of gallons of waste added to its waters every single day. In 1963, smog had killed 400 New Yorkers, and Lake Erie’s oxygen content had become so depleted that the center of the lake sustained precious little life. An oil spill off the California coast in 1969 coated 400 square miles with slime and killed hundreds of birds. Scientists announced that auto exhaust was at high enough levels in some places that it could cause birth defects. The city of St. Louis smelled, as one resident put it, “like an old-fashioned drugstore on fire.” All of this led to Richard Nixon and congress forming in 1970, the Environmental Protection Agency (EPA).

With the EPA came new federal and state regulations enacted to stop any further pollution and try to reverse the damage we’d already done to our once pristine continent. It took decades but our efforts were sucessful. The Hudson is now beautiful again, we can swim, fish and boat in it without worrying about ruining our health. The Hudson River is again the jewel of our region. 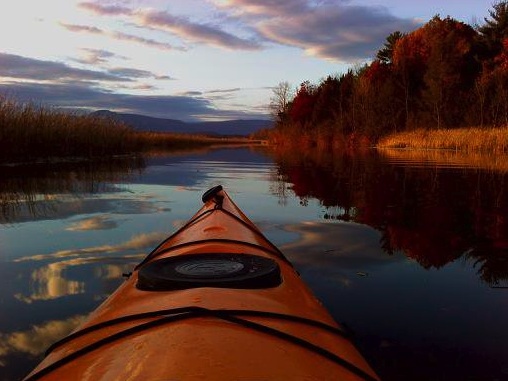 What I like to do when I’m not at work 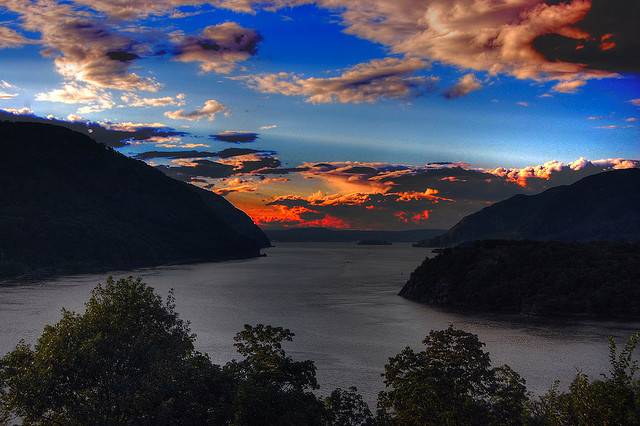 One reason why I live here

Do I regret having to go to the lengths I went to create a septic system that would work? Well, I’m not crazy. Of course I would have liked it better if I hadn’t spent all that money. But what did I get for it. I got the assurance that any waste from my hospital would naturally degrade in the soil before it eventually reached the Hudson. I have the assurance from the Dutchess County Department of Health that everyone is treated the same way. That there are standards in the rules and regulations that everyone must meet to protect our environment. I boat, I fish, I swim in the Hudson. I bring visitors to hike along its banks in Norrie Point Park and walk over it on the Walkway Over the Hudson. I love it when they first see the breathtaking river and our beautiful environment and say “Boy you are lucky to live her!” Yes I am lucky to live here, I love the outdoors and the beauty of our valley. True, it cost a lot of money, but keeping our environment clean is money well spent.

And We Move On

Next it’s on to the planning board and the building inspector- we need a building permit to continue.

If You are Curious

If you wish to read more about the fight to clean up the Hudson and our environment in general click the links below: