Changes are a ‘comin

There are certain signs that you see which tell you that a page has turned. For the seasons its the first robin of spring, the first snowflake of winter, the turning of the leaves in fall, Memorial Day welcoming summer.

For a construction project the starting sign is not so idyllic; it’s the day the porta potty shows up! 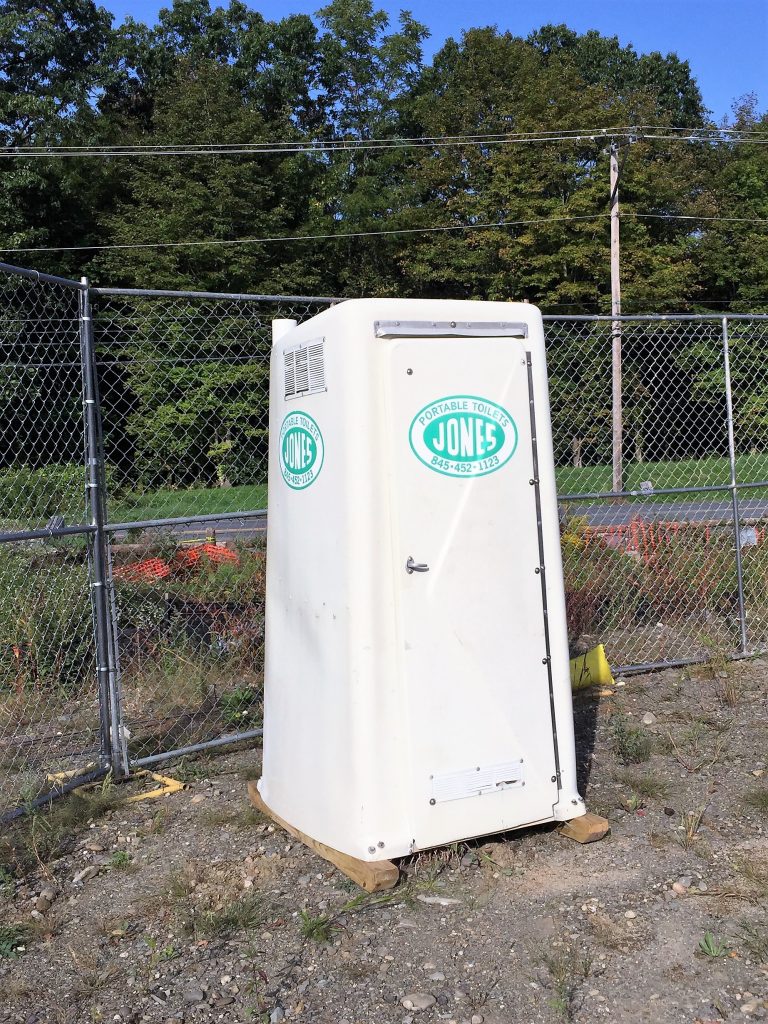 Porta potty is here- now we can go to work

Next Up- Finish the Foundation

When last we looked the footings and walls of the foundation had been poured.  Now we had to prepare for the last part of the foundation, the slab that the inside of the hospital would be build on had to be poured. First we need to waterproof and insulate the foundation. We did that by painting a tar like substance on both sides of the foundation wall and top that with insulating pads. 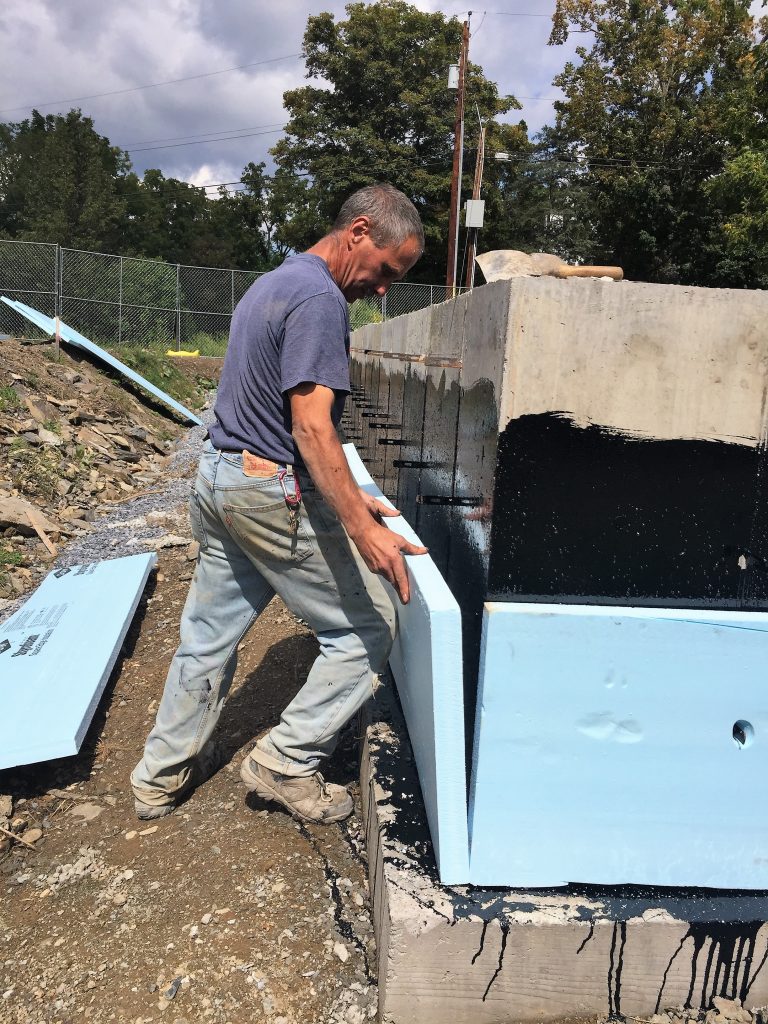 Filling up the Holes

Once the waterproofing and insulating pads were installed we proceeded to fill in around the foundation to support the walls. 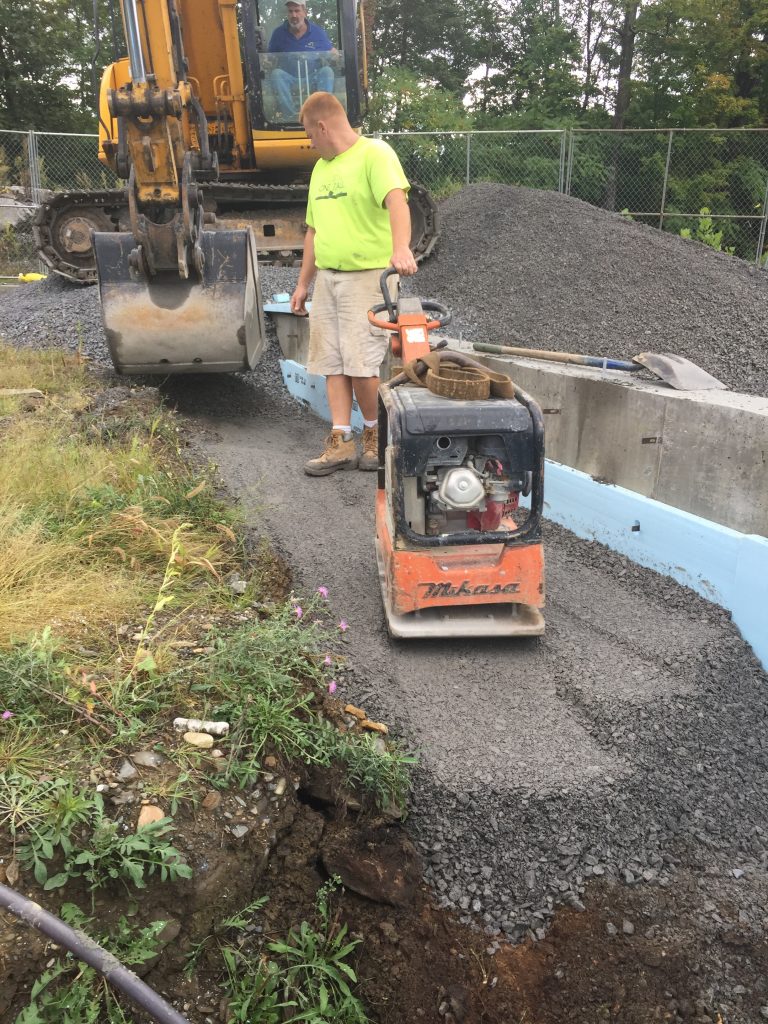 John and Matt using manly equipment to fill in around the foundation.

While this was being done another crew member was creating forms for the posts that would support the roof. The posts needed deeper concrete anchors than would the floor slab and so forms were made 30 inches square by 12 inches deep and the concrete was poured separately into these forms to form the strong base for the columnns. 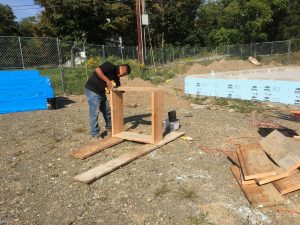 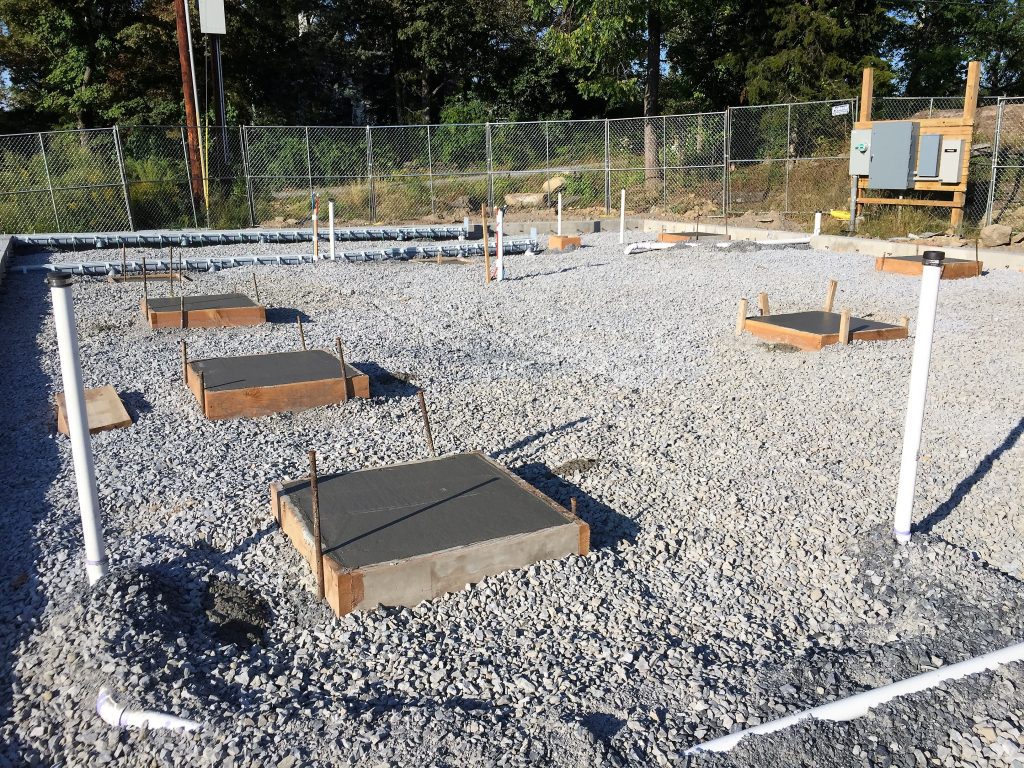 Once completed it was time to call up the plumber. For every room that had a sink, the exam rooms, treatment room, laundry, and bathrooms all need drains that had to go under the foundation. The plumber needed to place these before the floor was poured. In two days all the drains were set and then fill was placed around them to level the floor. Finally the same insulation that was placed against the walls was placed on top of the fill. My new building would not be leaking expensive heat into the ground. 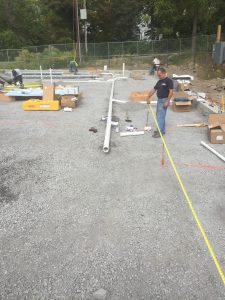 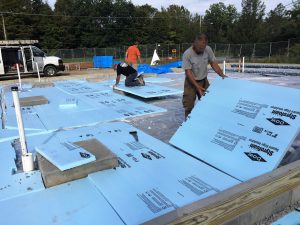 Insulation under the floor

All of that prep work was leading up to one thing…finally we were ready to pour the floor. The pour was originally scheduled for Monday but with the temperature predicted  to be in the low 90’s a quick decision was made to order the concrete on Friday.  The trucks came (4 trucks) and one by one released their concrete. Workers spread it, smoothed it out and when in an hour or so it started to harden, walked on it to smooth and polish it. 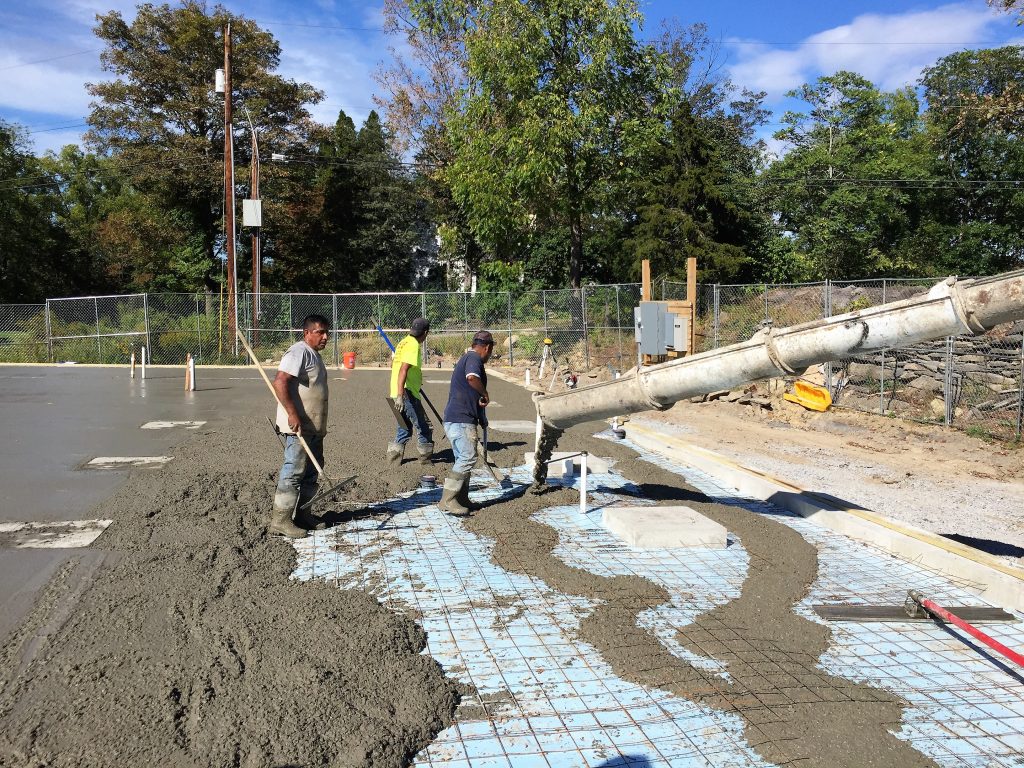 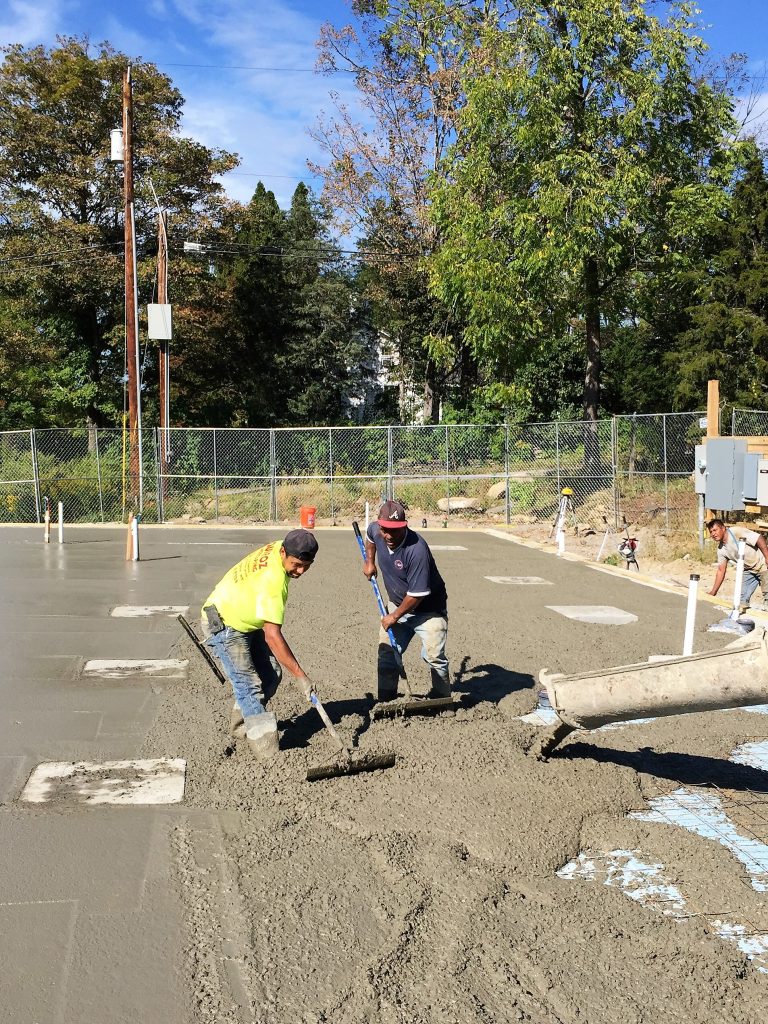 Spreading out the slab 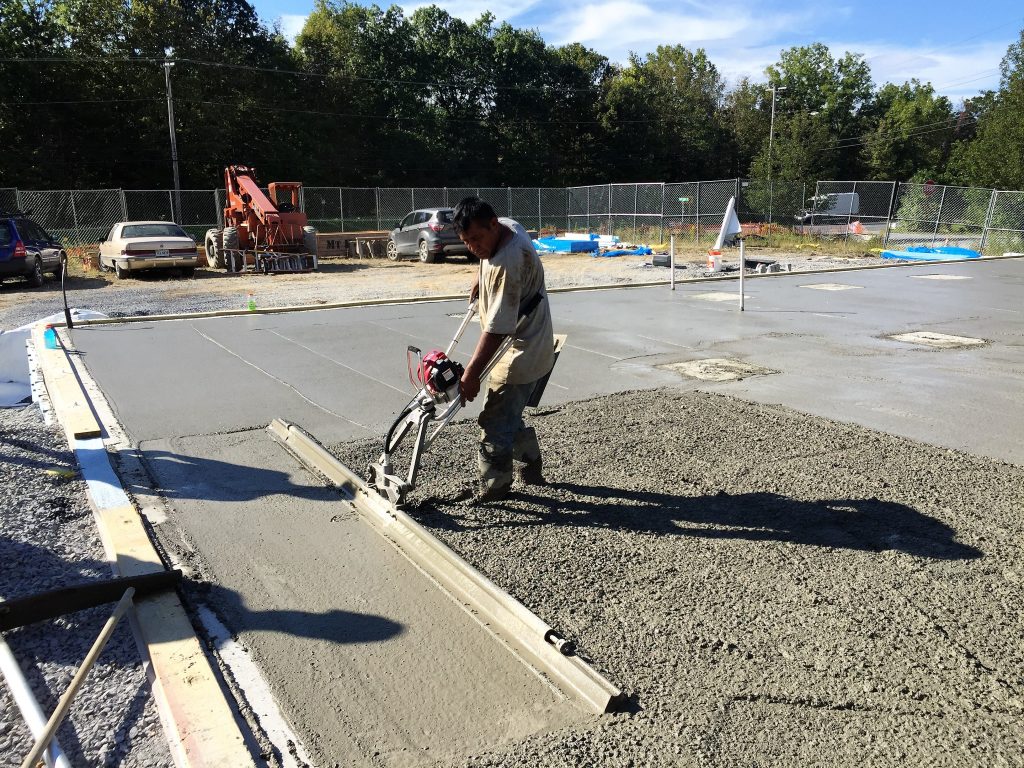 Smoothing out the floor 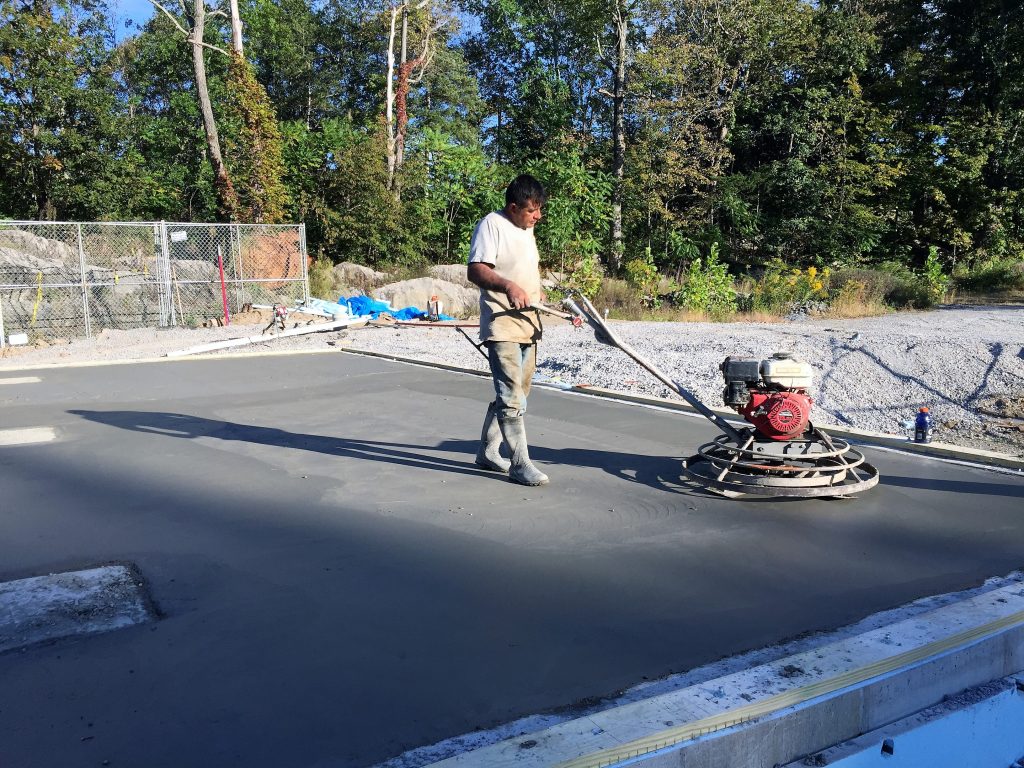 Two hours later the floor is solid and can be polished

Over the weekend the new floor had to cure. That’s a process where the water in the concrete slowly evaporates. If it dries too quickly the pad will crack which wouldn’t affect its strength but would make putting down tile more difficult.  In this hot weather the water would surely evaporate too quickly. So we watered down the floor 4 times over the next 2 days. That slowed the loss of water and allowed the concrete to cure evenly.  I even got into the act when I stopped to help out on the way back from a kayak excursion and swim session in the Hudson. 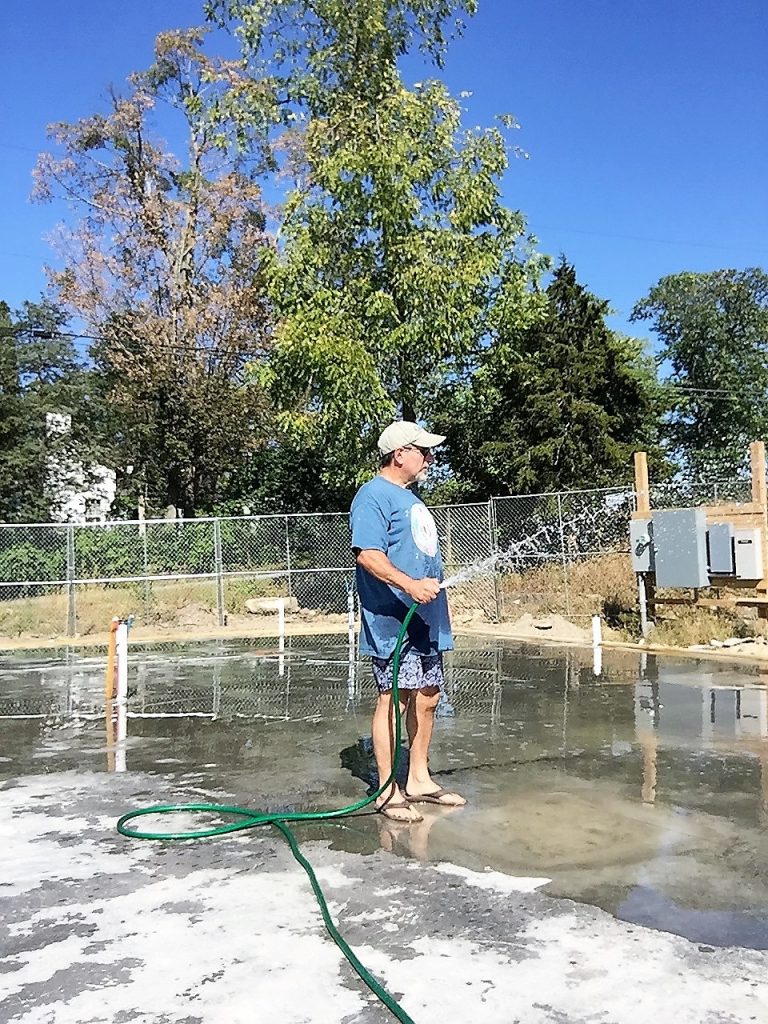 Taking a break on a hot day to water down my new floor.

The Next Phase Begins….

This phase is now done. We’ve got the building’s foundation finished and already the framer is starting his job. Next week you should see the walls going up. Gotta rush now, gotta get the building built and buttoned closed. Although its hard to conceive in this hot weather, as Jon Snow says “Winter is coming!”