It’s crazy how things go in fits and spurts. Over the past two weeks the framers seemed to be working like crazy getting the first floor finished and adding supports for the second floor. Then in a burst of speed over two days the entire sub flooring (plywood) for the second floor was quickly nailed into place. 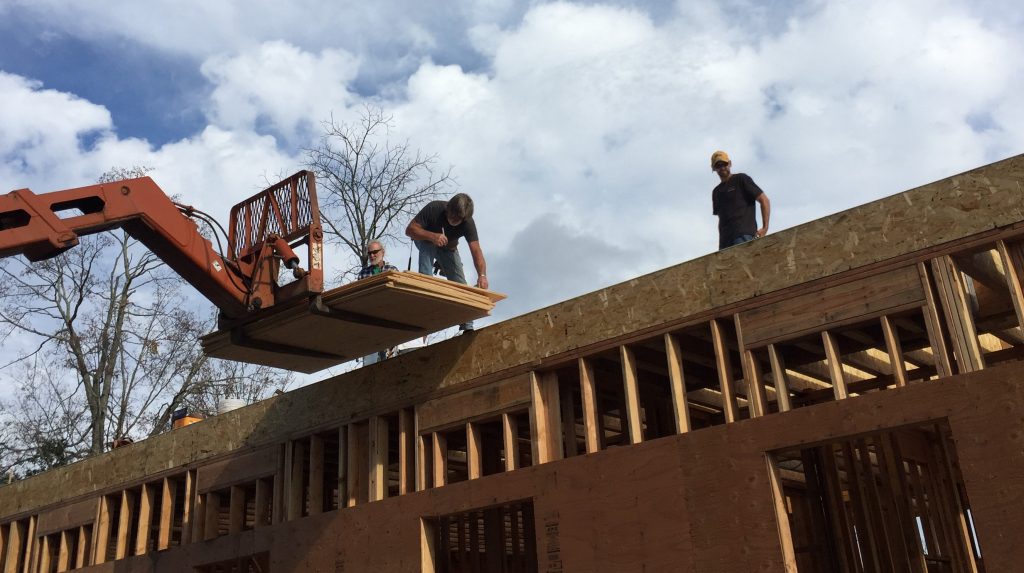 Plywood for the second floor subfloor 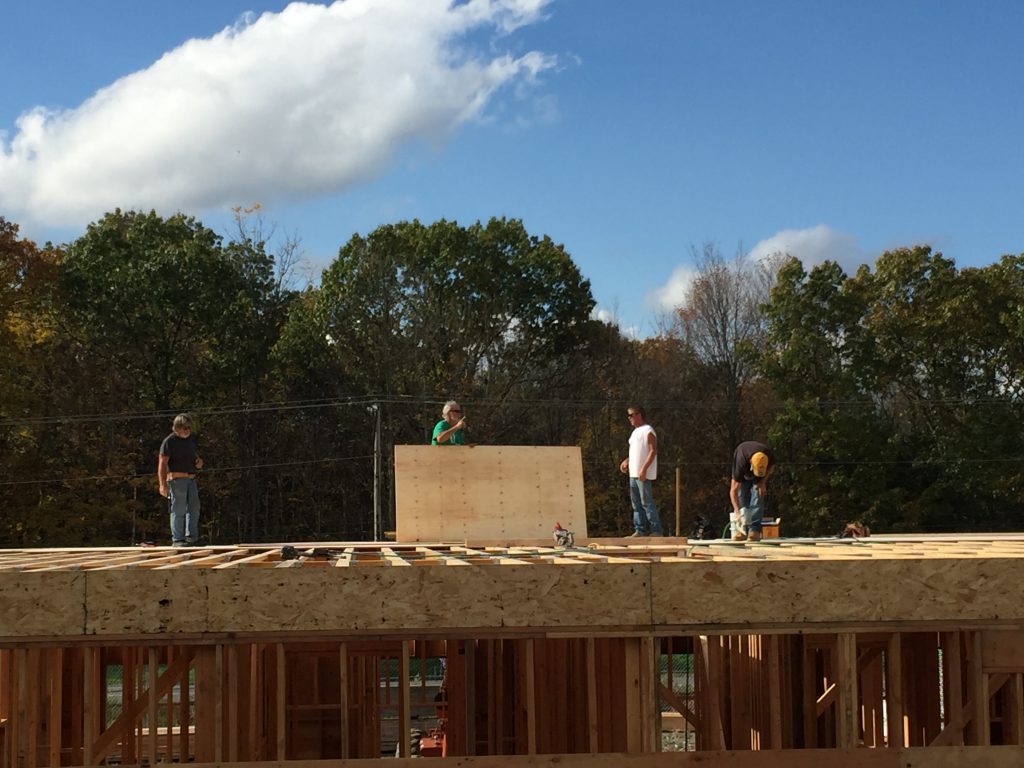 So I thought wow, here come the walls and roof trusses. But no, things seemed to slow down again.  All the work was now going on up on the second floor. I didn’t want to get in anyone’s way when I came to take a peek so it seemed to me that nothing was happening. Later in the afternoons when the workers were finished I’d go up on top and have a look around. I didn’t really see much. There were lots of pencil marks on the outside sills and there were mounds of cut wood but nothing was put together. 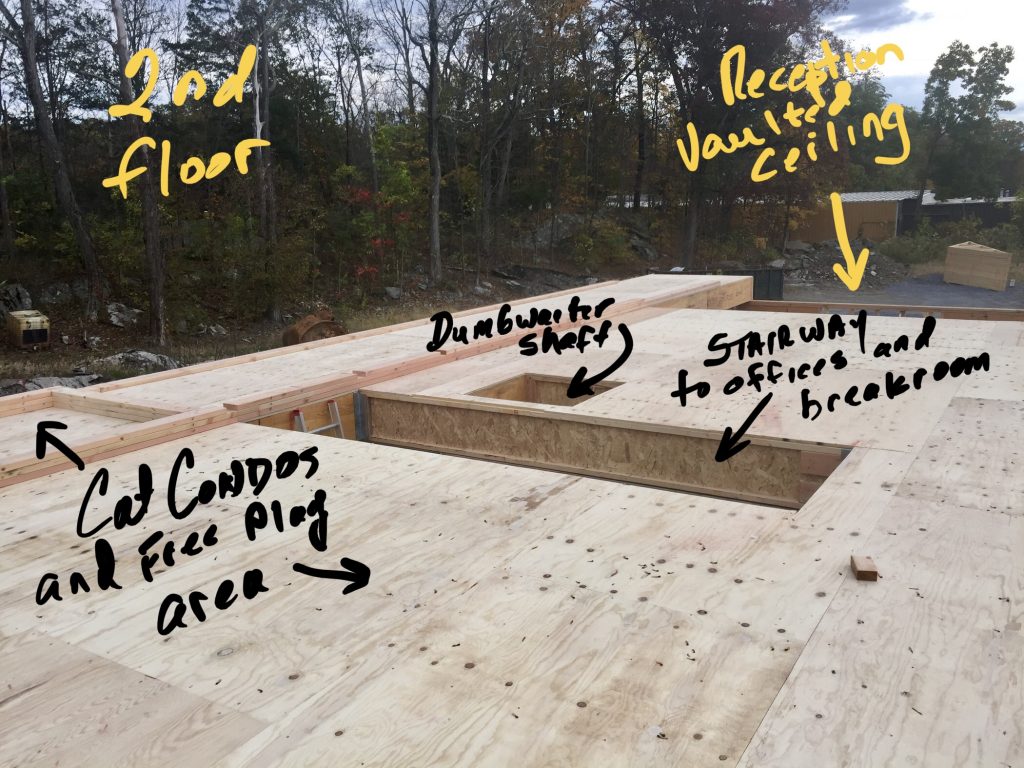 I was told that dormers (those little windows that would stick out of the long sides of the building) were very time consuming to construct. Perhaps I thought they might be working on them. And true to my thought, the next time I made my way up to the second floor, there were pieces of angled wood which just had to be parts of the dormers arranged on the floor. 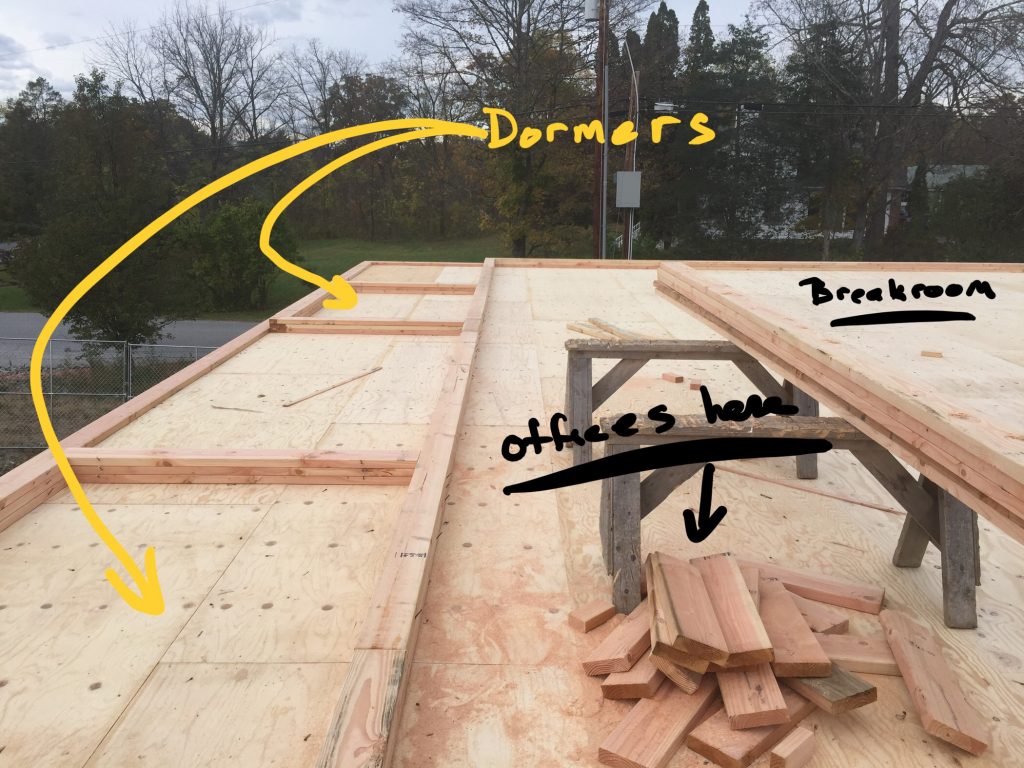 This is where the dormers will go 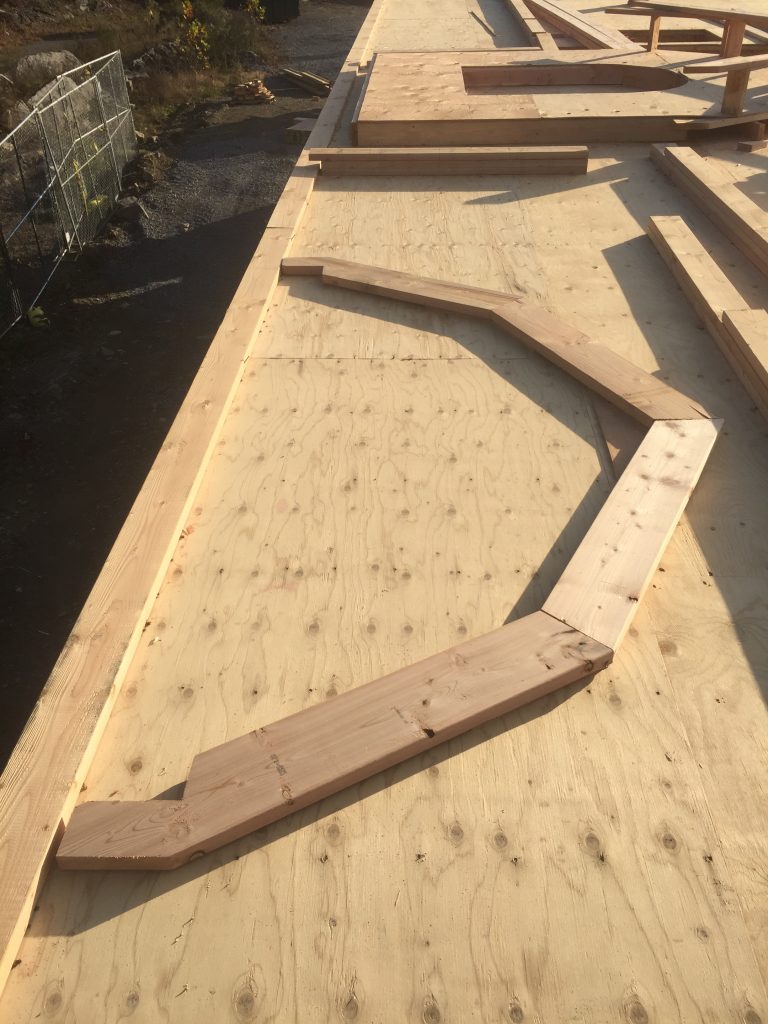 Template for one of the dormers

The construction of these are kind of curious, they’re just one collar after another, placed parallel and eventually covered with plywood. 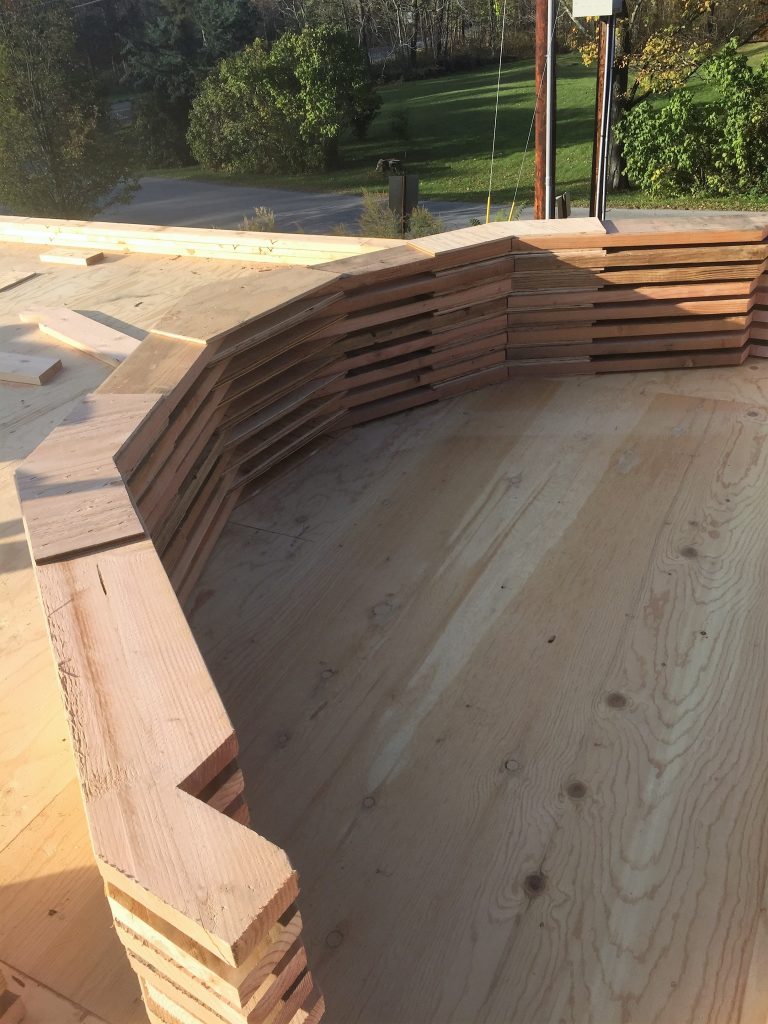 Sections for the construction of the dormers

When the first part of the dormers are put together, they look like this. 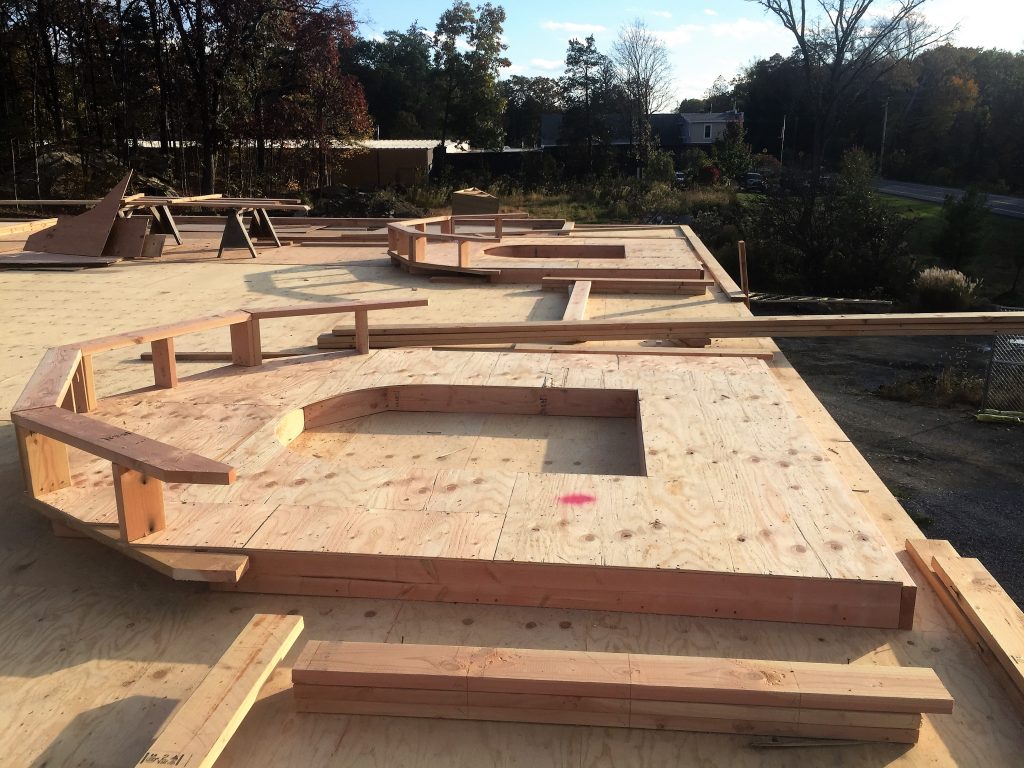 Dormer about to be raise

The next morning I passed by and was surprised to see this! 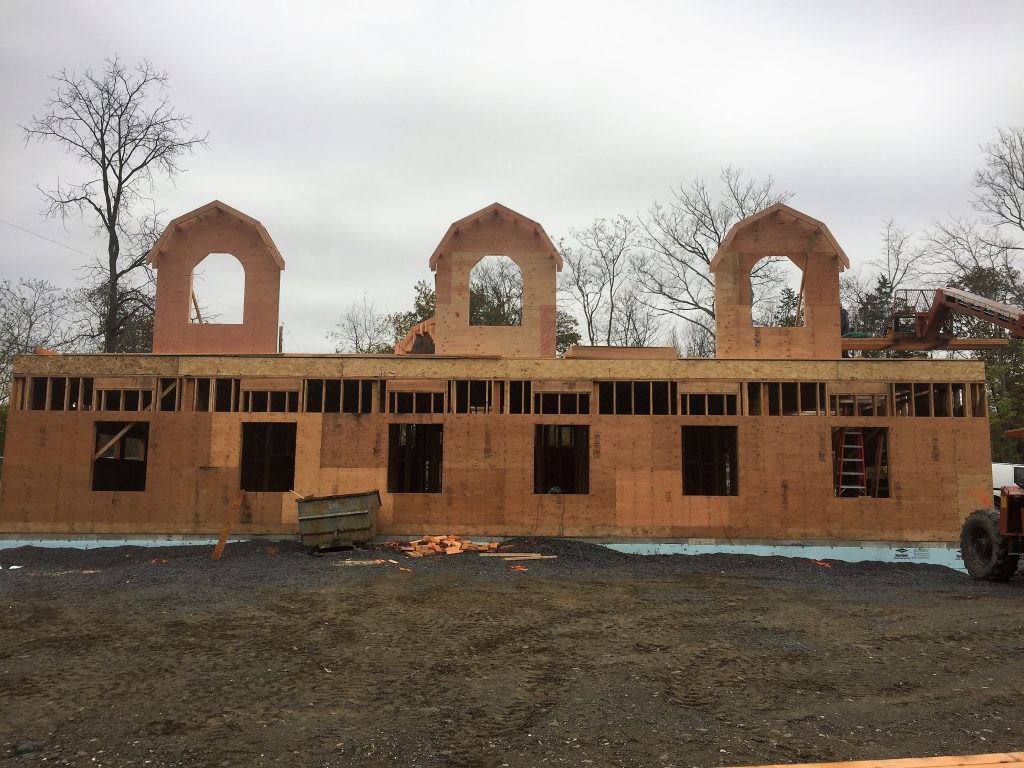 All four dormers were upright and nailed and braced into place. Wow I thought now we’re moving again. But those dormers sure look strange without walls and a roof. To me they looked really out of place.  I expect it will look better when the second floor walls are raised and the dormers look more like part of the structure and not something tacked on.

The Roof Can’t Be Far Behind

As the week ended I was excitedly wondering what they’d be doing next week. I think they teased me with this just before they quit Friday night. 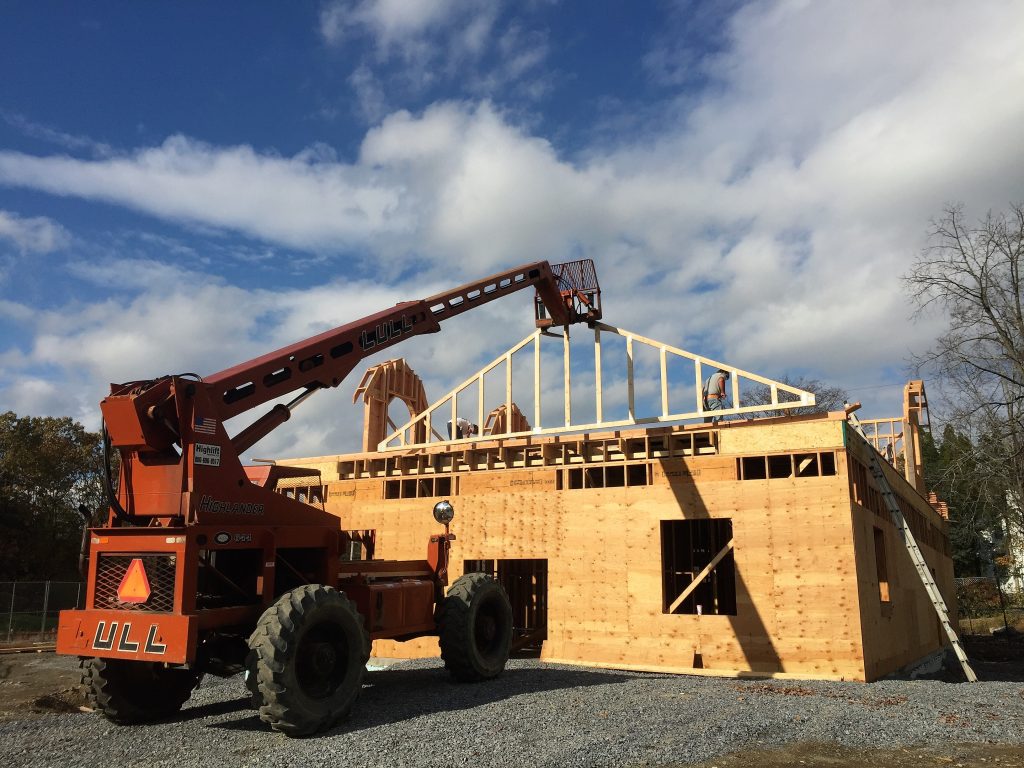 Yes finally one of the roof trusses was placed on the deck. What for I don’t really know because the walls that this will be placed upon aren’t up yet.  Still it’s a good sign. Let’s see what happens next week.  Until then……….